It’s a headache to deal with a car accident in Evansville under normal circumstances. If you’re uninsured, frustration can quickly turn into panic. Will you even be allowed to file a claim if you don’t have insurance?

It depends. You may still be able to file a claim even if you are uninsured. First, we want to look at what the law says. Let’s look beyond the city of Evansville to the laws that govern Indiana as a whole state.

In Indiana, you must have car insurance unless you can demonstrate financial responsibility in case of a car accident.

Demonstrating “financial responsibility” in Indiana without insurance is a tall order. Minimum insurance coverage amounts in Indiana are:

Unless you have tens of thousands of dollars lying around, you need to get insurance.

Don’t risk getting caught without insurance or without enough coverage. If the police catch you, the BMV will suspend your license and possibly impose reinstatement fees.

Even if you can file a claim, it won’t cancel the penalties you must pay because you were driving without insurance. You won’t receive compensation for reinstatement fees, and nothing can be done to alleviate the suspension of your license.

When You Can File a Claim Even If You’re Uninsured 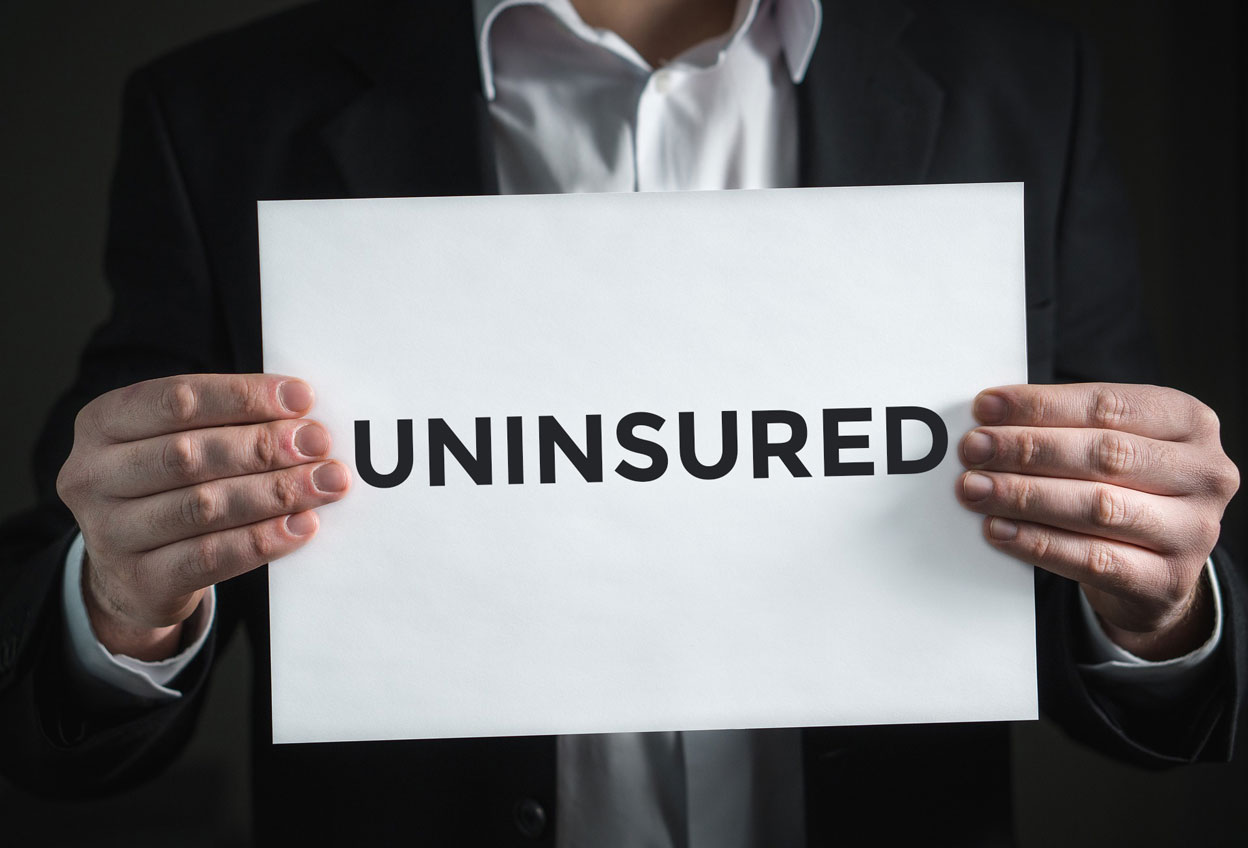 Your ability to file a claim after an Evansville car accident doesn’t necessarily depend on whether or not you’re insured. Instead, it depends on fault. Again, we have to zoom out of Evansville and look at Indiana as a whole to see how fault affects your claim.

Indiana is a fault state, which means that when drivers are in an accident, the amount of damages each driver will be responsible for correlates to the percentage of fault they have in causing the car accident. In some situations, determining who is at fault is easy. If the at-fault driver is 100 percent at fault, then you can file a claim with their insurance company for 100 percent of your damages regardless of whether or not you have insurance of your own. If No One Has Insurance Your ability to recover if you’re not at fault for the accident is dependent upon the other driver’s insurance policy. However, there’s no guarantee that the other driver isn’t also uninsured or underinsured. A fully insured Indiana resident should have $50,000 of uninsured/underinsured motorist coverage in their policy unless they specifically request its removal from their policy. Uninsured/underinsured motorist coverage exists to protect people injured in accidents due to the negligence of drivers without insurance or without enough insurance to cover the extent of the damages.

If the other driver is also uninsured or doesn’t have enough insurance, then it doesn’t matter who is at fault. Unless the at-fault driver is independently wealthy, your chances of recovery will be limited.

Now that we’ve established Indiana’s laws on fault and driving while uninsured or underinsured, we can take a look at why a car accident in or around Evansville has the potential to present unique problems.

Indiana may be a fault state, but Kentucky is not. Since Evansville is right on the Indiana-Kentucky border, it’s important for the people of Evansville to understand Kentucky’s laws on fault and how it might affect them if they get into a car accident.

In a no-fault state like Kentucky, the rules are simple: essentially, each driver is responsible for their own damages in a car accident, and that’s it.

It doesn’t matter if the other driver ran a red light and you were following every single traffic law. In the eyes of Kentucky, your insurance has agreed to insure you and cover your damages, not the damages of someone else.

That’s why it’s even more important for the people of Evansville to have insurance than perhaps other Hoosiers. If you’re going to make frequent trips into a no-fault state in Kentucky, you definitely need insurance or you won’t have any options for recovery if you do get into an accident.

If you were injured in a car accident with or without insurance in Evansville, Hensley Legal Group can help.

Our new Evansville office has made it easy for us to serve the people of Evansville and understand the challenges unique to a car accident in the Evansville area.

Call us today or contact us online and let us review your case. You can also download our free eBook, Consumer’s Guide for Injured Victims, for more information on what to do after a car accident.