When it comes to collecting Social Security, you need two things: patience and paperwork. Eighty-year-old Wanda Witter had both.

Witter recently received $99,999 in back Social Security retirement benefits, but that happy payday only came after she spent sixteen years living on the streets of Washington D.C., according to The Washington Post. 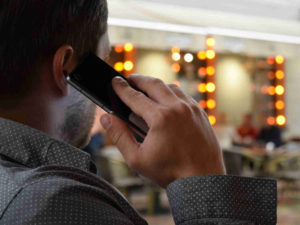 The average caller to the Social Security Administration (SSA) will spend at least 15 minutes on hold, according to the Center on Budget and Policy Priorities (CBPP), a nonprofit think tank. Fewer than half of applicants can even schedule an appointment within three weeks.

Why the long wait? Since 2010, the SSA has closed 64 field offices and 53 mobile offices, reduced office hours, and decreased its budget by ten percent, according to CBPP. A 2011 hiring freeze led to more problems. Demands on the SSA have soared to new heights as baby boomers reach the age of retirement and disability. As I put it in Eight Mistakes To Avoid When Filing for Social Security Disability Benefits, “Most Social Security offices are understaffed and overworked.” The SSA is swimming in paperwork. During the Great Recession, Social Security Disability Income applications skyrocketed. In 2011 alone, the SSA denied 2.2 million applicants who then filed appeals. CBPP reported that the number of hearing requests has risen by fifty percent.

“She Was Right All Along”

Wanda Witter carried the paperwork that proved that the SSA owed her money in suitcases for sixteen years, “neatly organized, in order,” according to Julie Turner, the social worker who assisted Witter. “She was right all along. They did owe her all that money,” Turned told The Washington Post.

The SSA had sent Witter benefits checks throughout the years, but the amounts were inconsistent, ranging from $300 to $900 a month. When Witter asked why, the SSA couldn’t give her an answer. She knew the checks weren’t right, so she refused to cash them, holding out hope that someone would listen to her story and give her the correct amount she was due. But once she became homeless, with no current address, the checks stopped coming.

Now, with the help of her attorney and social worker, Witter is living in an apartment in Washington D.C. and living off of the money she finally received from the SSA.

Witter finally received the money she was due, but it took her sixteen years of homelessness before her payday. No one should have to wait that long for Social Security benefits. If you are struggling with the SSA to get your disability benefits, call Hensley Legal Group today.