“The point is not to pay back kindness, but to pass it on.”

Valerie Loya was born and raised right outside the nation’s capital in Northern Virginia. She attended Virginia Commonwealth University in Richmond, VA and joined the Virginia Army National Guard in 2011. Valerie continued her service after graduation while she attended the University of Iowa College of Law. During this time Valerie began working for the Johnson County Attorney’s Office which sparked her love for litigation.

Upon graduating and being admitted to the Indiana bar in 2016, Valerie began her career as a Prosecutor in Marion County. She litigated different types of cases ranging from low level misdemeanors to attempted murder. Primarily dealing with victims of domestic violence, Valerie understands the importance and impact of an empathetic ear. In December of 2019, Valerie proudly joined Hensley Legal Group as a Spanish-speaking personal injury attorney and is excited to serve the Spanish-speaking community in the State of Indiana.

Valerie is an active mentor with Starfish Initiative. She also serves on the board of La Plaza, Inc. advocating for the educational success of Latino students in central Indiana and connecting families with health and social services. Valerie and her husband Anthony live in downtown Indianapolis, where they love to explore the ever-evolving city. 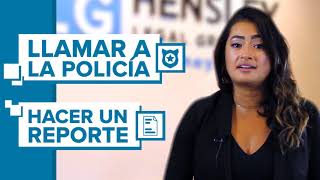 What is med pay coverage and do I need it?