Car accidents often leave victims feeling like they have no control over their situation. Most people don’t anticipate having to schedule doctor appointments, work with mechanics, and deal with insurance adjusters all at once. It’s difficult to prepare for the scenarios that follow car accidents.

But most drivers do prepare for accidents by purchasing insurance long before they ever have to use it.

The comfort of knowing you’re insured can be taken away, however, when you realize that the other driver in the car accident doesn’t have car insurance. What should you do? How will this affect your insurance? Will you be able to recover the compensation you deserve? Even if the other driver is uninsured, it’s still important to treat the car accident like any other. Call the police so they can document the scene in a police report. The police report can help corroborate your side of the story and show that you weren’t at fault for the accident.

If the damage isn’t too bad, the other driver may ask you to keep the police out of it, especially since they are uninsured. It’s still always best to call the police. They will ask both of you about your insurance policies and inform you if the other driver is uninsured.

If you’re the victim of a hit-and-run, there’s no way of knowing who hit you and whether or not they were insured. Still, call the police so they can document the scene. 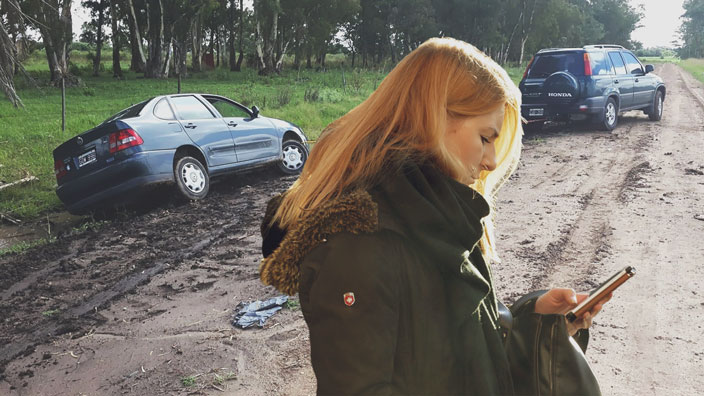 Just like in any car accident, it’s important for you to gather as much information about the accident as possible. Take pictures of the damage to your vehicle and your injuries. Exchange information with the other driver.

What is Uninsured/Underinsured Motorist Coverage? If the other driver doesn’t have insurance, you will probably have to go through your own insurance for coverage. However, you may be covered for this exact situation through your uninsured/underinsured motorist coverage.

Uninsured motorist coverage exists to cover your accident expenses if the at-fault driver is uninsured. Of course, you can always sue the at-fault driver—but most people without insurance aren’t exactly secret billionaires. Uninsured motorist coverage makes sure you’re covered in the event of an Indiana car accident and saves you the headache of a lawsuit.

What does your uninsured/underinsured motorist coverage look like? According to the Indiana Department of Insurance, at a minimum, you should have:

The Difference between Uninsured and Underinsured Drivers An uninsured driver has no insurance, period. You’ll likely have to recover damages through your own insurance.

But if the driver is simply underinsured, you may be able to recover partly from the other driver’s insurance as well as your own.

Underinsured drivers are different from uninsured drivers because they may not be breaking the law by being underinsured. As long as they have the state minimums for auto insurance, they aren’t breaking any laws. Underinsured is more of a situational term that may apply for one accident and not another. The same driver can be fine in a fender bender, for example, and have enough coverage to pay for the other person’s damages, but they can be deemed underinsured if they get into a more serious accident and their insurance policy can’t cover the medical bills or property damage of the other driver.

Both uninsured and underinsured drivers can face consequences for driving without the state minimum standard of auto insurance, including suspension of their license and financial penalties such as reinstatement fees.